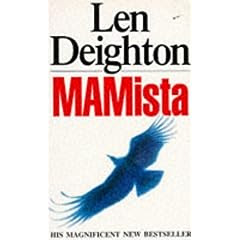 
Written in between Bernard Samson novels, MAMista is Len Deighton's first attempt to find a new subject for his fiction, following the end of the Cold War in Europe. MAMista ends up being one of Deighton's most radically non-typical novels, most like Close-Up from the rest of his output in lots of ways - and that too was a novel written at a time when he was searching for a way forward as a writer. Another novel which is even more similar, though not by Deighton, is John le Carré's The Little Drummer Girl.

The subject of MAMista seems exceptionally up to date now, rather more so than it did at the time. It is about a terrorist group (or freedom fighters, as they would term themselves) in a poor country in South America where the main economic activity is the cultivation of coca leaves. Three outsiders become either MAMista members or effectively hostages, and the backbone of the story is the description of a terrible trek through the jungle after a raid. At the time, it felt as though Che Guevara was three decades behind the times, but now terrorism is back at the centre of our consciousness, even if not in South America.

The most important thing to say about MAMista is that it is not really a thriller, but a tragedy. There is no hope of a happy ending for anyone but the members of the oppressive regime in this novel, which makes it definitely Deighton's most downbeat. The connection with Close-Up lies mainly in not being in the thriller genre, but the parallels with The Little Drummer Girl are in the storyline, as both plots are about terrorists and hostages. So Deighton's first response to the end of the Cold War was to move out of the thriller genre almost completely, to write a mainstream novel with some of the trappings of a thriller.

It has to be said that MAMista is not one of Deighton's best novels, though it grows on one on repeated reading. None of the characters are particularly engaging, and the tone of the narrative is relentlessly cheerless, lacking the cynical humour usually characteristic of the author. This means that it doesn't hold the attention as this sort of project really should, particularly as the storyline lacks the urgency and forward motion of a thriller (and this slowness is presumably intended, as it mirrors the confusion and pointlessness of the guerilla campaign).
Posted by Simon McLeish at 15:06 No comments: 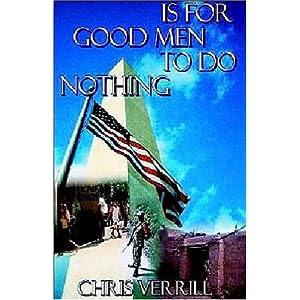 What was your initial reaction to the September 11th atrocity? Watching it in California at a communal breakfast with other Americans (as Chris Verrill did) is likely to have had a very different feel from the experience I had of seeing it happen in mid-afternoon. To many, it was shock and grief (with perhaps a tinge of guilty thrill at the drama of the collapsing towers - I remember some comments at the time that the news coverage had something of the air of a Hollywood film stunt) or a desire for revenge; in other circles, it was glee at the humbling of American power. For me, too, my reaction was somewhat conditioned by previous near involvement with a terrorist attack: I was within earshot of an IRA bomb in the City of London, and it damaged the church I was attending at the time. As an aside, something that has irritated me since 9/11 is the way that Americans seem to suggest it was the only terrorist attack that ever happened. For Chris Verrill, the first reaction of shock was quickly followed by a burning desire to do something constructive; Is For Good Men to Do Nothing is the story of what he did.

There were two sides to what he did: first, he travelled the world to try to understand how people who were not Americans thought about the attack and the wars that followed in Afghanistan and Iraq; at the same time, he worked to get a Rotary Club sponsored educational project under way in Afghanistan. There is a shared motive for both: the idea that ignorance is one of the main issues which led to the attack and which helped define the American response and the way in which the rest of the world percieved it. Verrill readily admits that education on both sides is necessary; there are still many Americans who have never been outside the forty eight continental states and who live in appalling ignorance of the rest of the world.

Now, Chris Verrill is also happy to acknowledge that Americans have made mistakes, most notably in their flauting of international law (in company with the UK) in the attack on Iraq which was unsanctioned by the United Nations. My feeling is that he perhaps doesn't go far enough in this, though he meets many people who are willing to tell him so far more forcefully than I would. This feeling is partly one that I have in response to George W. Bush, who comes across as the epitome of the stereotypical American: arrogant, dumb, ignorant, loud, and under the thumb of the interests of cynical businessmen. A recurrent theme of the discussions in the book is argument over just how much sincerity there has been in the stated US war aims in Iraq, as opposed to how much the conflict is over control of oil reserves.

A lot of reviews of this book are likely, I suspect, to do what I have started doing: put together a review which is really an essay entitled "What I think about 9/11 and the war in Iraq". While such thoughts may be of interest (and it is important to set out how the reviewer's perspective differs from the authors, if readers are going to be able to evaluate the review), the purpose of a review is not to make a political speech but to help a potential reader decide whether they will like a book. I suspect that there are many people who will be put off by the subject and would not even consider picking up Is For Good Men to Do Nothing, either because they just aren't interested in politics or because they feel that there is nothing more worth reading about 9/11. In fact, this is a really interesting story, mainly because Verrill comes across as genuinely interested in the opinions he hears, even when they are very different from his own. More than that, this book gives hope that there are Americans not caught up in mindless jingoism and above all shows that determination to make a difference is important.

In one way, this is a book which has changed my opinions. Not about Bush or Bin Laden, but about the Rotarians. The Rotary Club is not an organisation I knew much about, but the impression I had was that it was sort of like the Freemasons, but for those who couldn't be bothered about stupid rituals. I thought it was a mutual aid organisation for members of the establishment, the kind of place where the behind the scenes machinations of minor right wing politicians might occur. But now I know more, and it turns out that it is a worldwide charitable organisation full of people who want to make a difference.

There is one thing I feel I need to mention, even though it is rather pedantic. The quotation that supplies the title (in case anyone doesn't know, the rest of it basically says that this is the way for evil to triumph) is popularly attributed to eighteenth century British statesman Edmund Burke (perhaps best known for his protests against the restrictions placed on the American colonies which led to independence), and Verrill follows this. However, if you look it up in The Oxford Dictionary of Quotations, this is listed under "Misquotations", and turns out to be a popular version of a less memorable statement made by Burke.

This may be just a little piece of pedantry, but there's something else I didn't like much, which comes near the end. It is not that a speech made by George W. Bush is praised; given the quotations, I too thought it admirable. But then Verrill uses the speech as the basis of a patriotic appeal: not only does it make him proud to be an American (fair enough), but it should make the reader proud to be an American. This jarred - because I'm not an American; and it felt as though Chris Verrill was committing the very kind of unthinking chauvinism that he is writing the book to combat. I was unfortunately left feeling uncomfortable for the final twenty or so pages.

Despite this, I enjoyed Is For Good Men to Do Nothing, which is an excellent piece of journalistic writing. It makes the reader think, and in the current climate that can never be a bad thing.
Posted by Simon McLeish at 09:54 No comments: 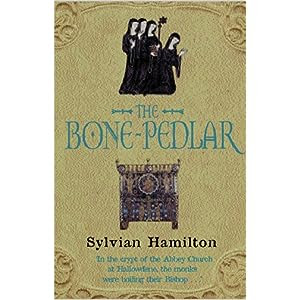 Any novel which begins with a sentence as eye catching, absurd and grotesque as "In the crypt of the Abbey Church at Hallowdene, the monks were boiling their bishop" deserves to be read. It's also hard to live up to, and The Bone Pedlar doesn't quite manage it despite being consistently interesting to read.

Most people probably know something about the background to The Bone Pedlar, which is one of the more disreputable yet strangely fascinating aspects of the medieval church, the trade in supposed body parts of the saints as relics (or if they don't, they will certainly have heard of the most famous surviving example, the Turin Shroud). Because of the reverence paid to them and the miracles associated with them, they were focal points for pilgrimages and brought vast sums to the churches and abbeys which owned the best ones. If you think we have moved on from this, just think about how we treat Elvis and Beatles memorabilia.

The story concerns a knight in the England of King John who has become rich by acting as a dealer in relics. (There seem to be rather too many nobles who work for a living in this novel considering the period, a time when knighthood still remained quite closely connected to landownership and military service.) Sir Richard Straccan obtains a relic of the apostle St Thomas for a client, but when the fingerbone is stolen, his daughter is kidnapped as an incentive for Straccan to find and retrieve it. The Bone Pedlar is basically a medieval thriller with a bit of horror thrown in, and as such it works quite well.

One major criticism, however, of The Bone Pedlar is that its medieval background lacks versimilitude. The society depicted is too classless, and there is too little distrust of travellers and outsiders (a common defect in the portrayal of the period). At least there is a generally quite high level of piety. This is of course not meant to be a novel containing a detailed picture of medieval life, but all too often the narrative seems only vaguely rooted in period, a serious problem in a historical novel. If not taken too seriously, though, The Bone Pedlar is a fun and enjoyable thriller with a great opening.
Posted by Simon McLeish at 09:41 No comments: