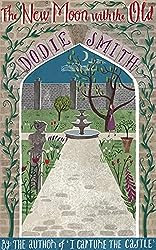 The New Moon and the Old must have seemed old-fashioned in the early sixties when it first appeared. It is the story of four upper class siblings, forced to leave their home and find work for the first time in their lives when their father flees the country after being accused of fraud. The adventures of each of the brothers and sisters are described in each of the parts of the novel. It is apparently a fairly gentle tale, but it does have some barbs under the surface. Their adventures are summed up towards the end of the novel: "England's overflowing with eccentric people, places, happenings. Indeed, you might say eccentricity's normal in England." Eccentric, maybe, but the principals are likeable and charming - the latter, as I have said in the past, a hard quality to depict in a literary character.

Indeed, each of the sibling's stories is gently satirical: all of them start seeming to be typical romantic tales, but then take an unexpected turn - dislike does not have to turn into love, as in Pride and Prejudice; the powerful older man for whom you work as a dependent does not have to become the tormented romantic hero of your dreams, as it does for Jane Eyre. As well as this, Smith is poking fun at the comfortable certainties of upper class life, just as the life where live-in servants were affordable became out of reach except for the super-rich.

The title surely references this: "the old moon in the new moon's arms" is a real astronomical phenomenon, also known as Earthshine, but here must be a symbol for the changing lives of the old and new generation, the new having different aims, morality, and expectations from the old. The phenomenon was also considered a portent of bad weather to come (as in the traditional ballad Sir Patrick Spens) - suggesting that the younger generation will not have an easy time.

Funny, readable, with a clever side - what is there not to like about The New Moon with the Old? Well, the one really jarring note in this edition is the cover. It's clearly meant to evoke a naive style, but succeeds only in appearing amateurish - uneven calligraphy, strange colour choices, and very little to do with the novel either literally (there are no moonlit garden scenes, and the reality of Earthshine is not depicted in the moon in the picture), or in tone (it's a smooth, professional piece of writing). So a thumbs down for the cover, but this is an excellent novel - my rating, 9/10.

Posted by Simon McLeish at 08:36 No comments: 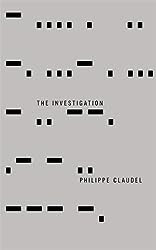 Even the very shortest summary of The Investigation makes the main feature of the novel immediately apparent. The Investigator is sent to look into a series of suicides at the Firm, and has a series of strange experiences in the Town. This immediately shows that virtually nothing in the book is named directly, everything being given a role in a way which makes the novel seem to be full of symbols (these substitutes where names are normally used are always capitalised). The symbolic side of the novel is so apparent that it is noticed by the characters (in a none-too-original ironic touch); the Investigator and the Policeman discuss whether they might be in a novel about three quarters of the way through.

The important exception to the lack of proper names is the hotel in which the Investigator stays, Hope Hotel, and this actually makes the symbolic nature of the book seem even clearer: it is a bizarre place, and every time the Investigator's hopes rise that he might actually have a decent room and breakfast, they are doomed to strange disappointments: bathrooms where all the taps dispense boiling water, breakfasts where everyone else is served lavishly while he is given just two rusks. If The Investigation has any message it is this: that life is confusing, surreal, and doomed to disappointment.

What the reader thinks of the novel will almost certainly be determined by what they think of this defining foible. For me, it was interesting to begin with, but quickly became irritating. Although a short novel by modern standards, The Investigation felt over long and extended; perhaps the natural length for literature which is so dependent on a quirky structural idea is the short story.

Most reviews I have seen of The Investigation  emphasise how much it is like Kafka. This is true, in its portrayal of an innocent individual caught up in amysterious, bureaucratic nightmare. Claudel also brings in absurd and humorous elements, and the overall tone is much lighter. It's a black comedy, not a nightmare at all. Much of the humour is about the mishaps of the Investigator, and that has a cruel side to it which I personally don't find amusing.