Philip Ball: Curiosity: How Science Became Interested in Everything (2012) 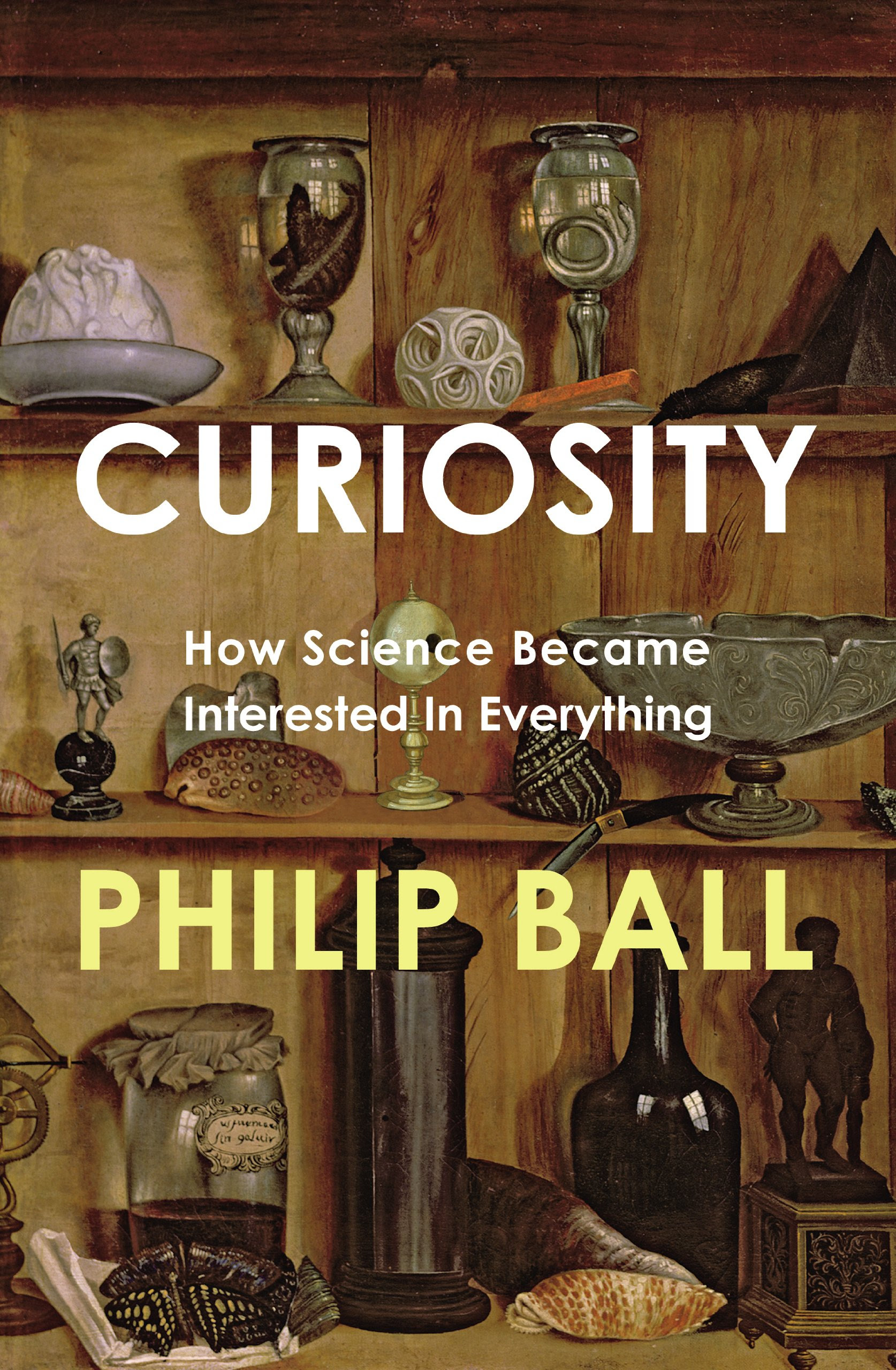 Histories of what is known as the scientific revolution, especially those who are writing for a popular audience, tend to portray the development of modern science as something new, a break from past thought about the world rather than a continuation of it. It is as though (despite Newton's oft-quoted remark about the shoulders of giants) the ideas of Copernicus, Galileo, Descartes, and Newton and others in other fields came out of nowhere. Inconvenient facts which show the continuing influence of earlier ideas (such as Newton's interest in alchemy) are left out or mentioned in passing in an embarrassed manner.

The purpose of Ball's book is to show something of the continuous nature of the development of the philosophical ideas which led to the seventeenth century appearance of modern science in embryonic form. Ostensibly, he does this by looking at the concept of "curiosity" - how it has changed its meaning, and how attitudes towards it changed from the common medieval opinion that it was to be discouraged as likely to lead to heretical thought if unchecked.

I say ostensibly, because even though the discussion of curiosity is important, it did not feel to me that it was the sole focus of the book. Apart from anything else, Ball is happy to go off on interesting tangents, such as the long chapter on seventeenth century ideas about the possibility of life on the moon sparked by Galileo's observations of features similar (if a certain amount of wishful thinking was used) to earthly terrain as opposed to being a featureless, perfect sphere, and by the ensuing publication of Kepler's novel Somnium. At least, it seems like that is what is happening when the reader starts the chapter; in fact, it is the first of a series of what are basically case studies, examination of some of the more popular scientific crazes of the seventeenth century - a theme which would make a fascinating book in itself.

There are occasional places where I suspect Ball assumes more knowledge in his readership than might be sensible; for example, he uses the term "Whiggish" of historical accounts without explaining its meaning. It's reasonably clear from the context, but could easily confuse anyone who hasn't an interest in the theory of historical writing - such as someone interested from the science side of things rather than the history side. (It is, by the way, a somewhat derogatory term for old fashioned narrative history, which treats the past as a novel from a one-sided point of view, especially one which paints the individuals as heroes and villains.) In general, though, the explanations of what people were doing, what they intended, how this fitted into the history of science and (especially) the development of the philosophy of science, are admirably clear.

Curiosity is well worth reading, especially if your exposure to history of early modern science is so far limited to the traditional version, with heroes and villains painted in black and white terms. The narrative might become more complicated than you had previously thought, but then the real world is like that. My rating: 8/10.

Posted by Simon McLeish at 18:44 No comments: