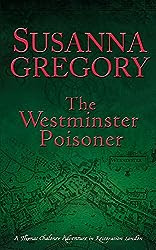 This is the fourth of the Thomas Chaloner series, historical mysteries set just after the restoration of the monarchy in Britain following the Civil War and Cromwell's rule. In The Westminster Poisoner, Chaloner investigates a series of murders of government officials, despite interference from his employer, who starts out by telling him who the murderer should be.

As is now standard in this series, Chaloner spends much of the investigation as an outsider to the corrupt world of Restoration London; this provides an interesting perspective, but can become a bit wearing. The Westminster Poisoner is quite lengthy, for a crime novel, and it sometimes feels as though it's spending too much time wallowing in the depravity instead of getting on with the mystery. The depiction of Restoration London is one of the things which first interested me in the series, but I am feeling that by the fourth book it's becoming a little too much always the same.

Still, the characterisation is good, and the mystery is interesting and difficult to solve, and the historical background is meticulously researched. The ending is very good indeed. Generally, I felt that the positive aspects of The Westminster Poisoner outweighed the negative, though it is not as good as earlier books in the series where the background was fresher. My rating: 7/10.
Posted by Simon McLeish at 18:40 No comments: 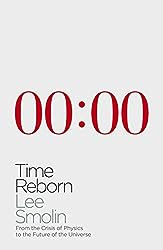 Annoyingly poorly argued book about moving beyond current ideas of time in physics, with some interesting ideas. Smolin spends most of the book discussing the "timelessness" of modern physics, both relativity and quantum mechanics, without ever properly defining what he means by the term. It's clearly not whether the theories have a time parameter in them, but it seems in some places to mean that time is treated as a whole, as it is in the "block universe" of relativity, and in others that the laws of physics themselves do not change. Smolin thinks we need to look at changing laws in order to fix some of the problems with these theories, but his ensuing discussion of what form these changes may take is infuriatingly inconsistent and contains logical flaws (there is a particularly glaring one on p.163 of this edition). Sometimes he seems to be envisaging laws changing only at the creation of a new universe (if his earlier ideas about black holes in one universe containing new generations of universes inside them is adopted); at others, he seems to be talking about changes between distant parts of the same universe or over time, again in a single universe. Where was the editor when they were needed?