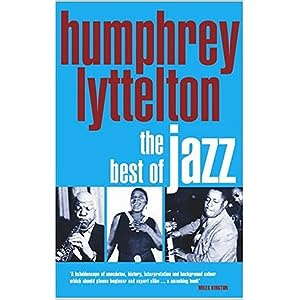 Jazz has always been something of a closed book to me. One of the reasons for this is that despite interest, I had no idea what was worth listening to, particularly given the minuscule selection available in a small provincial town with no proper record shop. So the subtleties of the jazz idiom, like those of, say, Indian classical music, largely passed me by. (I played in wind bands for most of the eighties, but the closest we got to jazz was Glenn Miller, Frank Sinatra and, once, a Duke Ellington song.) The result is that much of it comes across as simultaneously lacking the harmonic inventiveness of classical music or the excitement and drive of rock music. On the other hand, I've always felt that I ought to appreciate jazz more, and the problem is knowing where to start. The most obvious starting point is compilations, but these are too often lazily organised around the easy to license, as a result becoming as representative as sixties pop compilations which suggest that the pre-fame Beatles track Ain't She Sweet is the band's best recording.

These days, it's easier to search out individual downloads, and it is for this that The Best of Jazz becomes an invaluable guide for the jazz novice. For the book is a series of essays on jazz greats with undeniable authority (for Lyttelton was a fine jazz trumpeter who knew many of the most famous stars of the genre personally). Each essay contains an anecdotal description of the subject's career and importance, and a detailed analysis of a representative track by the artist. Originally conceived as a guide to the early 78 rpm recordings, the format translates uncannily well to modern listening habits. As originally published, the first part, Basin Street to Harlem, describes the early history of jazz up to about 1930, concentrating on the three main centres of New Orleans, Chicago, and New York. The second half, Enter the Giants, looks at the big figures of the thirties, from Louis Armstrong (who is the subject of three essays, and is the only artist to appear in both parts) to Roy Eldridge.

It is of course really difficult to describe music in words: a picture may be worth a thousand words, but a music clip is, well, priceless. This has two consequences for the book. Firstly, a little technical knowledge is needed to follow the descriptions of the performances. A knowledge of the notes of the musical scale and harmonic terms such as "diminished" - as would be obtained by learning basic guitar - is assumed. There are occasional references to piano keyboard layout as a means of explanation. Other terms, including jazz specifics such as "swing" are explained in the text; this is not always done on first appearance: the word "diatonic" appears in the first volume, but is only explained when it appears again in the second.

The second issue is basically that it will immensely aid enjoyment of The Best of Jazz to have access to listen to the analysed performances beforehand; being able to listen, with pause and rewind, while reading the discussions of the performances would be the ideal way to read this book. The songs would almost fit onto a single CD, I think - since some artists have several songs discussed, cutting their representation down to one each would do it. Because of their age, almost all of them over 75 years, it would be cheap to license the recordings. So it would seem to be a good piece of marketing to supply an accompanying CD, maybe as part of a deluxe edition. Searching Amazon suggests that no such CD exists: a missed opportunity.

Throughout Enter the Giants, references are made to a projected third volume, which was obviously planned in some detail. This never seems to have happened (again, I say this on the authority of being unable to find it on Amazon). To continue into postwar jazz would have made The Best of Jazz a useful reference on jazz history (though an index would also help achieve this!). As it is, The Best of Jazz is fascinating - probably even to people who know the genre well - and really good reading for the interested novice with some musical knowledge - 8/10.
Posted by Simon McLeish at 07:23 1 comment: