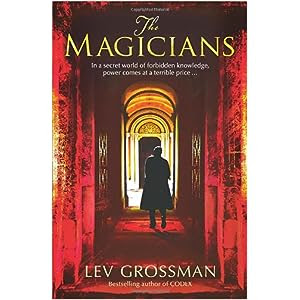 Gifted Brooklyn teenager Quentin is about to go to Princeton when he is suddenly taken to a completely different college, named Brakebills, in the woods of upstate New York near West Point. There, after completing a series of baffling tests, he is offered a place to learn magic. The Magicians, first in a series from Lev Grossman, is the story of the years he spends there as a student.

The basic plot, when summarised as baldly as this, makes The Magicians sound like a rewrite of Harry Potter aimed at an adult (American) market. In fact, it seemed to me to have an atmosphere more akin to Donna Tartt's Secret History, a likeness in part fostered by the New England collegiate setting. In fact, all three (Grossman, Rowling, and Tartt) have an important theme in common, in that death and obsession with death plays a central role in all three stories. But Harry Potter, even though he has his complications, is a much more straightforwardly heroic character than either Quentin (here) or Richard (in the Secret History). Both of them are more focused on their insecurities than Rowling's character is.

Embedded in the story is a (fictional) series of children's fantasy novels, a formative experience shared by most of the students at Brakebills. Quentin, as narrator, constantly references the world of Fillory. His affection for the books, which he has continued to re-read, is obvious. He is, as a teenager, sometimes disparaging about their more childish elements. For example, he feels it is silly that good characters never die in a final manner, always appearing at the end of each novel in the series alive and well again. (This particular observation, in a book I read soon after re-reading the Harry Potter series, may seem like a bit of a dig at Rowling's ending by Grossman, but it is actually common in more feel-good fantasy fiction, to the extent that the return of dead characters was used as a running satirical joke in Buffy the Vampire Slayer back in the late 1990s.)

T.H. White is also a direct influence on The Magicians. Part of the teaching at Brakebills sees students transformed into geese for a season, just as happens to Arthur in The Book of Merlyn and in the later, better known version of this passage in The Sword and the Stone. They fly south all the way to the Antarctic, no doubt (as Quentin notes) confusing and exciting birdwatchers (if, of course, the students are visible to non-magicians during the trip). The time in the Antarctic is basically a retreat to concentrate on a regime beyond what would have been possible to undertake in the school in New England: no talking for months, days of extremely hard work to "internalise" the complicated rules which govern the use of magic on Grossman's world. As equally obvious a source is C.S. Lewis' Narnia stories: the Neitherlands come straight from The Magician's Nephew.

The way that magic works in The Magicians makes it among the hardest to use of the frameworks devised by fantasy authors. To perform a spell, you need to have innate talent, to be able to speak an incantation in an obscure and usually dead language, to move the fingers in a bone-cracking cantrip, and to modify the incantation and cantrip to match any of a whole host of circumstances, such as date, location, or the mood of the spell caster. It is hardly surprising that Brakebills seeks out only twenty of the brightest and magically talented school leavers in the States each year, and that they have to spend five years of university level study to become proficient.

Like Tartt, Grossman really captures the way that being a student is likely to be a unique time in a person's life, even if Brakebills is more like a school than any real life college I know about: they even have a uniform. Less restrictive and timetabled than most schools or workplaces, yet still an intense experience, a university course can truly act as the focal point for many students' lives, catching them just as their formative years and adolescence come to an end. Friendships can be close and enduring, pastimes can become hobbies pursued for the rest of your life. Brakebills is small, but particularly intense, which does not necessarily mean enjoyable, and Quentin hates parts of his life there. By getting there, Quentin has fulfilled his innermost fantasy (being an apprentice wizard), but remains unsatisfied.

The Magicians is a meticulously thought out fantasy novel. But it does drag in places; I was often tempted to skip a few pages. The mechanics of the plot are, in the end, less well contrived than the depiction of atmosphere, the world building, and the characters. For this reason, my rating is only 6/10. 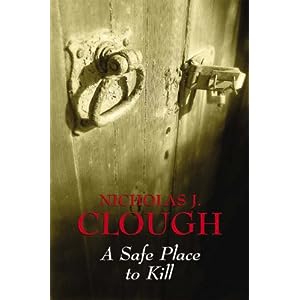 In a village church in the Yorkshire Dales, the body of one of the church wardens is found stabbed, with wounds to the hands and feet. Murder is not the most common crime in the district, and Inspator Daykin, assigned to the investigation, is under close scrutiny from his superior officers. He is also assigned a new sergeant who happens to be the son of the Assistant Chief Commissioner.

The Yorkshire Dales are among the most beautiful parts of England, but this is not one of those detective novels which hints to TV production companies that a series would have a tourism-friendly background which would help them sell it abroad. The background is mainly used to provoke a sense of emptiness and isolation, and the book could be set in any sufficiently rural part of England, barring occasional mentions of people going for walks on the moor or travelling to Leeds. What in fact makes this a slightly unusual crime novel is that it is at least as concerned with police force office politics and character interaction as it is with the investigation.

The book itself is rather shoddily produced, with poor proof-reading in particular. It is also missing most of the marketing frills of modern publishing: no endorsements from other crime writers, no quotations from reviews. Even the author biography is just a single, uninformative line: "Nicholas J. Clough lives in Bath." It does at least have a colour picture on the cover. While this might be a refreshing change from the over the top hype typical of twenty-first century marketing, it does suggest that Constable expected A Safe Place to Kill to sink without trace. It may be old fashioned, but it is better than many novels given the familiar overkill treatment. Clough has written more, but not (I gather) involving Daykin, which is a pity: he is a detective I would be happy to see more. 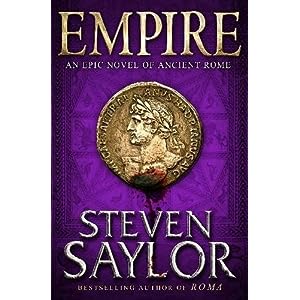 Why, when this is a sequel to Roma, is Empire given an English language title, rather than using, say, Imperium?

Empire follows on from the earlier novel, with a small gap (less than that between some of the individual chapters which make up the story). It describes the story of Rome from AD 14 to AD 141 - the years in which the Roman Empire became an established institution. Once again, the viewpoint characters are the various members of the (fictional) Pinarius family which was established at the beginning of Rome's history, according to Roma.

As Saylor points out in the afterword, this is one of the best documented periods of Roman history, but the surviving histories concentrate (with varying degrees of accuracy and/or bias) on the colourful figures of the emperors, who include some of the best and some of the most monstrous ruler of any nation. Saylor complains that contemporary historians were excessively emperor-centred, but then goes on to do the same thing himself: the novel is really about how successive generations of the Pinarii interacted with the emperors of their day, becoming intimately involved with most of the emperors from Tiberius to Hadrian. So Empire, too, centres on the emperors, and, to be honest, this does not work too well. I ended up feeling that it would be more fun to work through the histories for myself, or read some novels which concentrate on just part of the period, such as Robert Graves' I, Claudius. (Graves is a clear and acknowledged influence on Saylor's historical fiction.) The episodic nature of the story, as the focus moves from generation to generation, does not make a gripping novel (I felt much the same about Roma). Saylor is to my mind much better with the more focused detective stories he has written, whether set in ancient Rome or not.

The main lesson from the history as presented here is just how lucky you need to be to survive once you have attracted the attention of a Caligula, Nero or Domitian. Indeed, it becomes implausible that the family continues to exist after close contact with so many emperors.

It's worth reading, if you're vaguely interested in the history, but it's better to read the originals in a good translation - and they are generally available free online. My rating - 5/10.